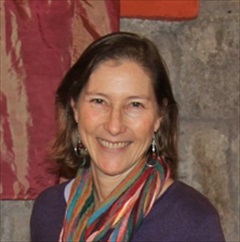 Sharon Ziegler-Chong, Director for the University of Hawai‘i at Hilo’s Research and Community Partnerships Office

Sharon Ziegler-Chong focuses projects and staff on efforts that bridge community, research, partnerships and cultures across the Pacific to build stronger and more resilient island communities. Her office works with projects ranging from community outreach, K-12 education, conservation workforce and leadership development and research collaborations, including being Unit Leader of the Hawaii Cooperative Studies Unit, lead coordinator for University Consortium efforts of on the USGS Pacific Islands Climate Science Center at UH Hilo, and Director of the Hawai‘i-Pacific Islands Cooperative Ecosystems Studies Unit. Ms. Ziegler-Chong serves on several advisory and steering committees with state and regional groups related to natural resources career pathways, conservation, and community resiliency. She earned her bachelor’s degree in biology from Grinnell College, Iowa, and a master’s degree in biology from the University of South Carolina, and is pursuing a PhD in Human Sciences with a leadership specialization from the University of Nebraska-Lincoln. She was a Peace Corps Volunteer in Guatemala and worked with Peace Corps training programs for many years. She started working with the University of Hawai‘i in 1992 as a coordinator for Pacific Island extension programs with UH Sea Grant.

Mary Abrams is the Pacific Islands Field Supervisor for the U.S. Fish and Wildlife Service and a Management Board member for the Papahanaumokuakea Marine National Monument and World Heritage Marine site. Most recently, Abrams was Director for the Oregon Department of State Lands, managing about 750,000 acres of forest, range, agricultural and commercial trust lands and more than 1 million acres of navigable and tidally influenced waterways. Abrams also served as Country Director for the U.S. Peace Corps in Niger, Rwanda and Zambia. She also spent a number of years managing and researching water quality and water resource management issues.  As a faculty member at the Oregon Graduate Institute, Abrams focused her research on natural resource management in terms of climate change, non-point source water quality and soil/plant interactions at research sites in the U.S., southern France, and Namibia. Abrams has Doctorate and Master’s degrees in soil chemistry from the University of California, Davis and a Bachelor’s degree in Agronomy and Plant Genetics from the University of Arizona. 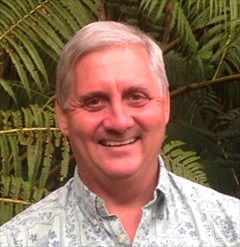 Gordon Tribble received a BS in Biology from the University of California at Santa Barbara in 1979 and a PhD in Marine Geochemistry from the University of Hawai‘i at Manoa in 1990. He has worked as a hotel desk clerk, fisheries technician, and aquarium fish collector. He started working for the USGS in 1988 as a laborer on a drill crew. He has authored over 30 scientific papers on subjects such as ground-water contamination, seawater chemistry, underwater volcanism, and coral reef ecology. He has worked on hydrologic studies in Hawai‘i, the Marshall Islands, Palau, the Mariana Islands, and Diego Garcia in the Indian Ocean. After more than 10 years as the Director of the USGS Pacific Islands Water Science Center, Gordon became the Director of the USGS Pacific Island Ecosystems Research Center in May 2010.

We are honored to have Emma Anders on our executive council as one of our members-at-large. 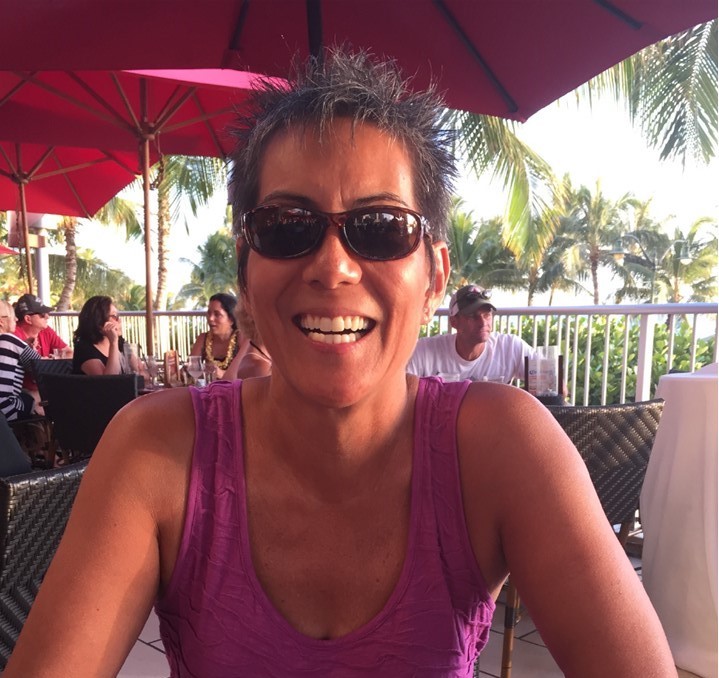 As a career employee with the NPS, Melia has served in a variety of positions starting as a Cartographic Technician here in Honolulu back in 1986.  She has held a number of leadership & management positions at various locations including the National Park of American Samoa, Fort Vancouver National Historical Park, & Hawai‘i.  Melia has successfully participated in a variety of international, national, regional & local committees plus on working groups focusing primarily on GIS, biocultural resources management issues & park planning. She continues to be active in Native Hawaiian and Pacific Islander issues related to management & policy, NAGPRA, and a variety of projects pertaining to the indigenous people & diverse cultures of Hawaii and the Pacific Basin.

John is the NOAA Climate Services Director for the Pacific Region, based in Honolulu, HI.  He is a co-author of the Hawai‘i and Pacific Islands Chapter of the National Climate Assessment (NCA) report as well as the Pacific Islands Regional Climate Assessment (PIRCA) report which formed the basis for the NCA report.  For over 20 years he has been working to bridge science, policy, and information technology to address issues related to natural hazards risk reduction and climate adaptation planning.  His particular area of expertise is the development and dissemination of data and products associated with coastal inundation and erosion. 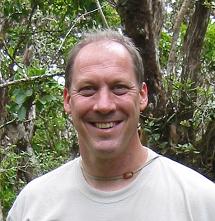 Dave is the director of the U.S. Department of the Interior’s Pacific Islands Climate Science Center, headquartered at the University of Hawai‘i, Manoa. He was the deputy director of the USGS Pacific Island Ecosystems Research Center for more than ten years. Since 2002, Helweg has put his expertise in multidisciplinary science and experience with strategic program development to work on terrestrial, coastal and nearshore resource management issues. Before joining the USGS, Helweg held positions at the U.S. Navy’s Space and Naval Warfare Systems Center in San Diego and the University of Auckland in New Zealand.  He is an expert in behavioral biology, ecology, bioacoustics and signal processing.