The PICCC team participated in several events over the September 3-5th weekend during the IUCN World Conservation Congress.  Here are just a few highlights:

The PICCC’s Data & GIS Coordinator Patrick Grady presented during a session highlighting the LCC Network Story Map. This story map allows users to explore projects developed by each of the 22 self-directed LCCs that are changing how we think about, plan and act upon conservation issues in a way that goes beyond boundaries. To view the map, click here. 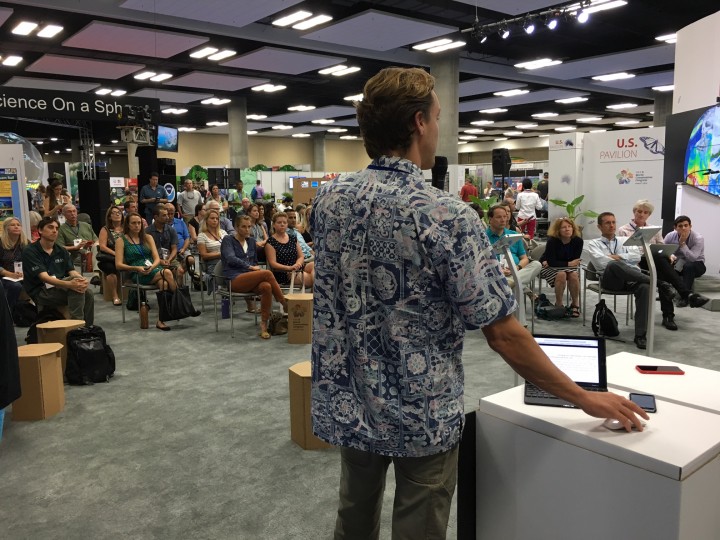 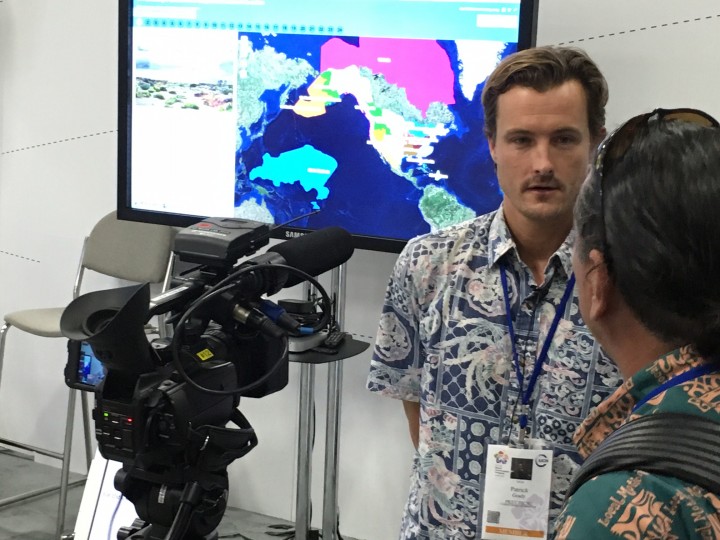 Community members of Ka`upulehu, Hawai’i Island, researchers from the University of Hawai’i, and Stanton Enomoto (PICCC Cultural Adaptation Coordinator) presented during an event highlighting a project with a focus on incorporating local and traditional knowledge into climate adaptation planning. This project, funded by the PICCC, provides an example of using integrated place-based, traditional, and scientific knowledges to foster sustainable management of natural-cultural resources. 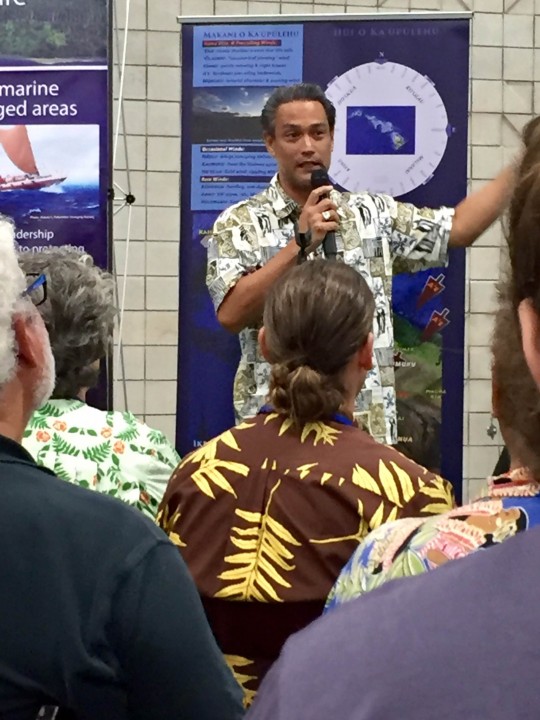 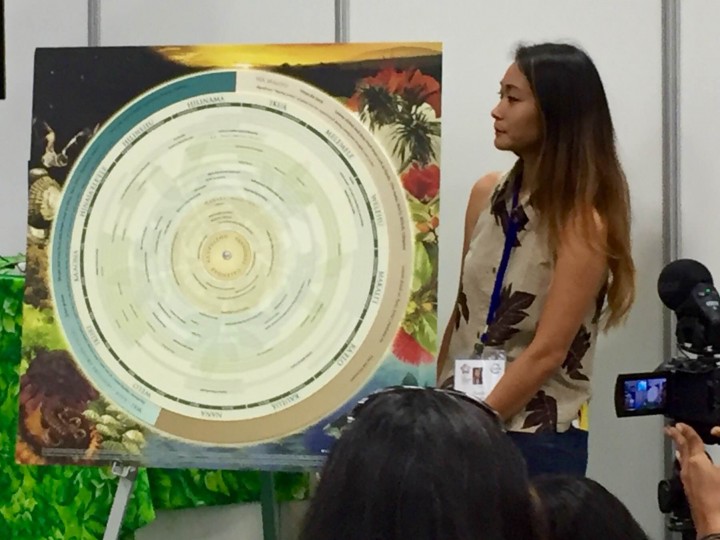 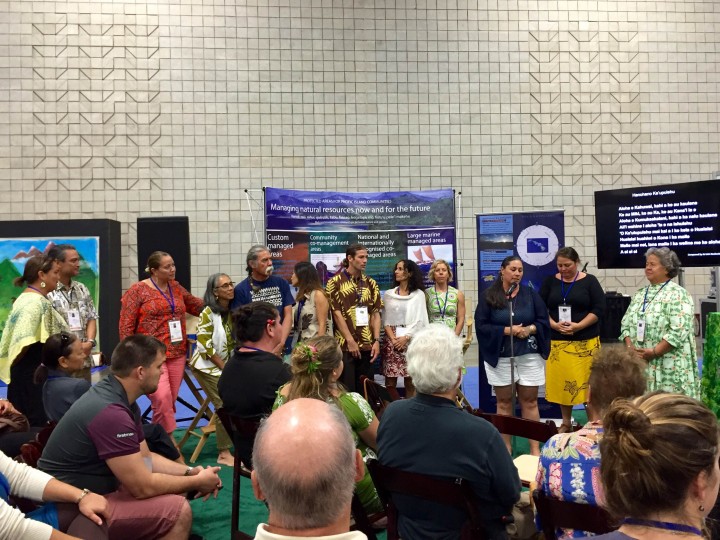 The first panel featured mayors from across the Hawaiian islands discussing the impacts of climate change, need for planning, and their own initiatives for the future. Honolulu Mayor Caldwell announced the hiring of a Chief Resiliency Officer as part of the Rockerfeller 100 Cities Initiative. Maui’s Mayor Arakawa talked about sea level rise and the need to plan for current and future coastal impacts with a long term planning framework, policies for setbacks and infrastructure improvements.

The second panel for the evening featured Governor Ige, OHA CEO Dr Crabbe, and UH President Dr Lassiter. The panelists discussed the plethora of impacts associated with climate change, as well as invasive species control and watershed protection. They also highlighted the power of partnership and how to ensure sustainability remains a core value in Hawai`i. 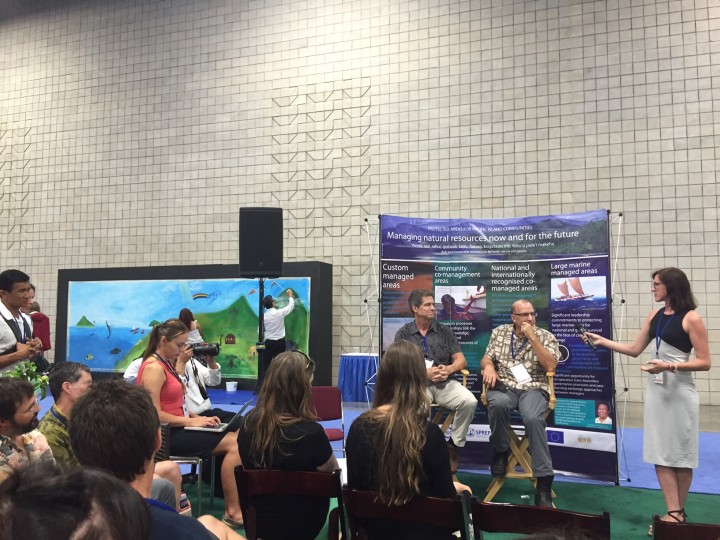 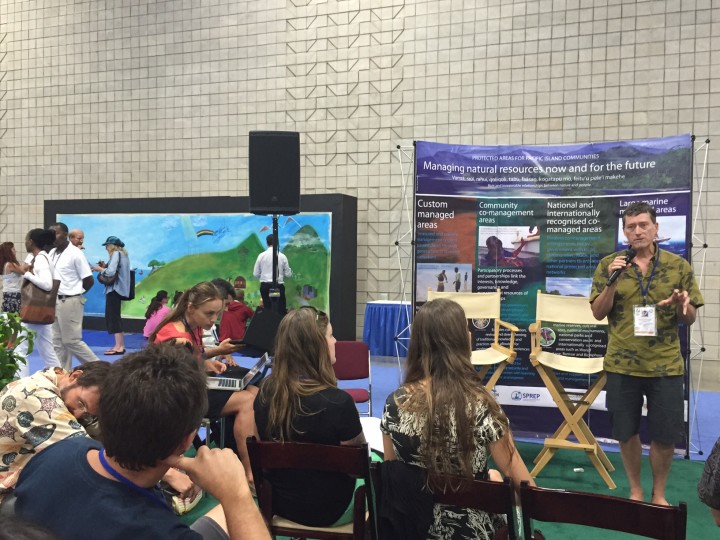 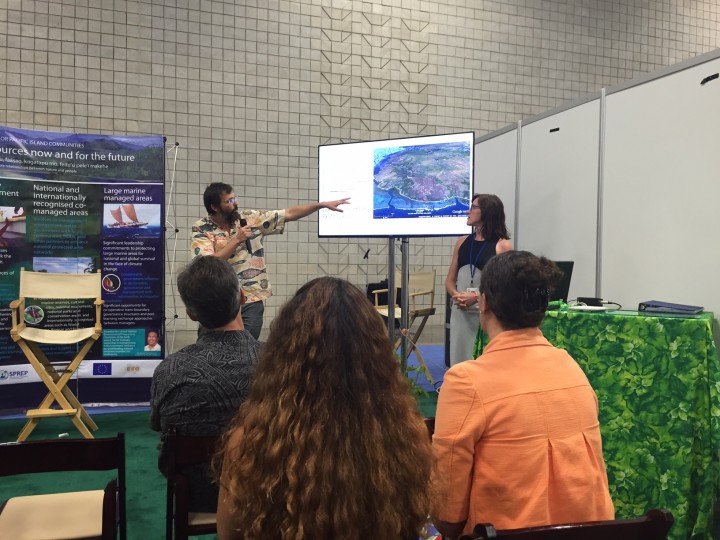 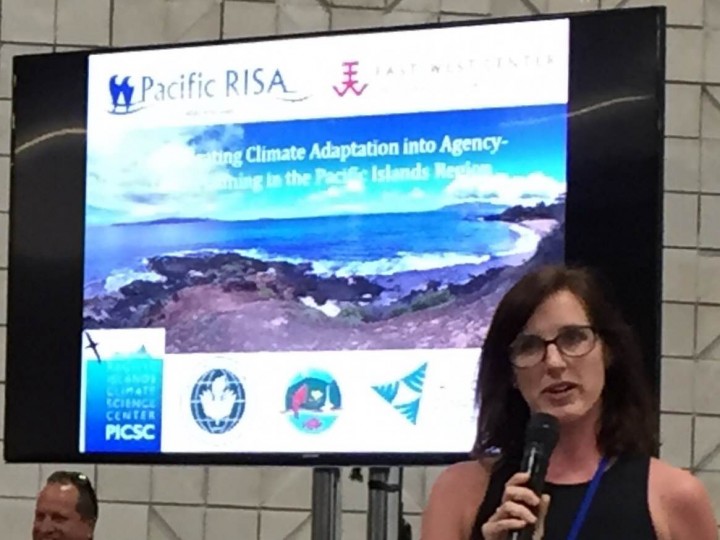 During this event in the Pacific Pavilion, there was a group brainstorming activity around the question: “What contributes to resilience in your community?”

The event linked community-defined goals with international metrics of well being. 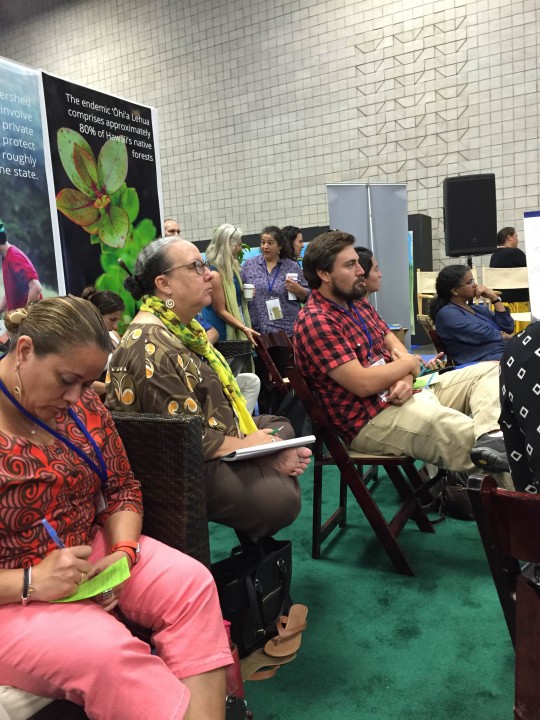 During the Conservation 2.0: Empowering Next Generations session,  PICCC team members saw speakers including Jane Goodall and Hindou Oumarou Ibrahim, Coordinator for the Association for Indigenous Women and Peoples of Chad (AFPAT). The speakers were an inspiration for members of the conservation field.

Jane Goodall spoke during the session about her Roots and Shoots program and the tapestry of hope story map to connect youth around the world. More here 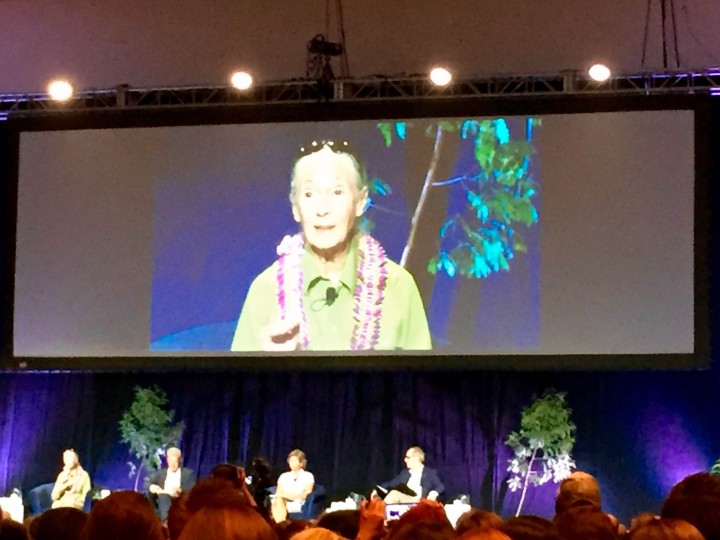